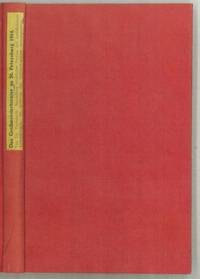 The tournament celebrated the 10th anniversary of the St. Petersburg Chess Society. The president of the organizing committee was Peter Petrovich Saburov. Members of the committee were: Boris Maliutin, Peter Alexandrovich Saburov, and O. Sossnitzky.[1] They intended to invite the present top twenty chess players, with world champion Emanuel Lasker, challenger José Raúl Capablanca, and the two winners of the All-Russian Masters' Tournament 1913/14 (Alexander Alekhine and Aron Nimzowitsch). Unfortunately, Amos Burn, Richard Teichmann, and Szymon Winawer declined for reasons, such as old age. From the other side, Oldřich Duras, Géza Maróczy, Carl Schlechter, Rudolf Spielmann, Savielly Tartakower, Milan Vidmar and Max Weiss could not accept due to tensions of Russia with Austria-Hungary in the year 1914. Finally, eleven top players from Germany, France, United Kingdom, United States, Cuba, and Russian Empire were accepted. According to the unofficial Chessmetrics ratings, the tournament was (as of March 2005) the 13th-strongest tournament in history (in terms of the top players participating), and the 5th-strongest ever held up until that time. The players got an excellent compensation for their expenses. Lasker got an additional 4500 Rubles for his first tournament in five years. Capablanca was well paid as well. Prizes or money for draws and wins had to be earned. The main event lasted from 21 April to 22 May 1914. The games were played at the St. Petersburg Chess Club in the afternoon and evening. The time control was 30 moves in 2 hours, followed by 22 moves in 1½ hours and 15 moves per hour for the rest of the game. The preliminaries were held as a single round-robin tournament, with the top five places qualifying for the final. Capablanca played superior chess in the preliminaries. The great surprise was the elimination of Akiba Rubinstein. The final tournament was a double-round tournament among the five players. Since the results of the preliminaries carried over into the finals, Capablanca with a 1½-point lead was a heavy favorite to win the tournament.[5] In the first half of the finals, Lasker narrowly escaped a loss against Capablanca, which would have virtually decided the tournament. Lasker made up half a point of the difference between himself and Capablanca, with the scores standing at Capablanca 11, Lasker 10, Alekhine 8½, Marshall 7, Tarrasch 6½.[6] In the 19th round, Lasker won a now-famous game against Capablanca with the Exchange Variation of the Ruy Lopez, trading queens on the sixth move (1.e4 e5 2.Nf3 Nc6 3.Bb5 a6 4.Bxc6 dxc6 5.d4 exd4 6.Qxd4 Qxd4 7.Nxd4) and then outplaying Capablanca in the endgame. Luděk Pachman remarks that Lasker's choice of opening was a masterstroke, since Capablanca was intent on simplifying the game to obtain a draw, and the line Lasker chose requires Black to play actively in order to exploit his advantage of the bishop pair and not allow White to exploit his superior pawn structure. Capablanca, intent on avoiding complications, played too passively and was routed by Lasker. In the following round, a shaken Capablanca lost as White from a superior position against Tarrasch. This allowed Lasker (who scored a remarkable 7/8) to overtake Capablanca, winning the tournament by a half point. Lasker won 1200 rubles, Capablanca 800 rubles, Alekhine 500 rubles, Tarrasch 300 rubles, and Marshall 250 rubles. In addition, there was a Brilliancy Prize Fund, of which Capablanca was awarded 125 rubles for his win over Bernstein, Tarrasch was awarded 75 rubles (Second Prize) for his win over Nimzowitsch, and Blackburne won 50 rubles (Special Brilliancy Prize) for his win over Nimzowitsch. The prize fund was more than covered by the record "gate" of 6,000 rubles from the spectators.

shaken
A hardcover in which the text block is loose, but still attached to the binding.
First Edition
In book collecting, the first edition is the earliest published form of a book. A book may have more than one first edition in...[more]
octavo
Another of the terms referring to page or book size, octavo refers to a standard printer's sheet folded four times, producing...[more]
Cloth
"Cloth-bound" generally refers to a hardcover book with cloth covering the outside of the book covers. The cloth is stretched...[more]
spine
The outer portion of a book which covers the actual binding. The spine usually faces outward when a book is placed on a shelf....[more]

Learn about collecting the iconic horror and fantasy publisher that produced books by the likes of Ray Bradbury, August Derleth and H. P. Lovecraft.

How to tell if a signature is genuine

Author's signatures can undoubtedly increase the value of a rare book or first edition. The more scarce the book is, the more an autograph adds to its value. But how to tell if the signature is real? Find out how you can avoid common pitfalls in identifying an author's signature.