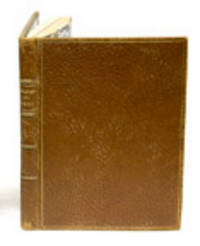 As one of the "Men of Cajamarca," Francisco de Xerez holds a very special place among writers on the earliest period of Spanish contact with the Inca of Peru: He was there from day one, a member of the very small band of men who left Panama with Pizarro and Almagro to seek fame and fortune in South America. At Cajamarca he participated in the taking of the Inca leader, Atahualpa, the slaughter of his army, and the sharing of the ransom demanded of the Inca nation for the return of their leader. By training a notary public and practiced writer, he was by choice Pizarro's secretary/confidant, the two having been close since at least 1524, when they met in Panama; and when in 1534 he returned to Spain, he took with him his share of the wealth of Atahualpa, a broken leg, and a tale to tell that was significant, stirring, and in fact tellable by no other man. He conceived of his book as being at once a socially and politically useful celebration of Pizarro's deeds and his own, a celebration of the glory of Spain as that was expressing itself in a remote and wondrous New World, and as a true entertainment cast in the tradition of the romance of chivalry; not surprisingly, it was a blockbuster. Xerez's eyewitness account of the conquest of Peru was originally published in Spain in 1534 in Spanish as the Verdadera Relación de la Conquista del Peru y Provincia del Cuzco llamada la Nueva Castilla. Demand for news of the new, "exotic" kingdom of Peru, which had only been conquered in 1532, was found to be keen not only in Spain but all across Europe, leading to this rapid translation into Italian. Appended to Xerez's account (fols. [43v] to [55r]) is a translation of Miguel de Estete's account of Pizarro's army's journey from Cajamarca to Pachacamac and then to Jauja. Estete too was present at Cajamarca and is said to have been the first Spaniard to lay hands on Atahuallpa. Both of these first translations into Italian are from the pen of Domingo de Gaztelu (secretary of Don Lope de Soria, Charles V's ambassador to Venice) and are taken from the second edition of the Spanish-language original. The text is printed in roman type and has a large heraldic woodcut device on the tittle-page and a xylographic printer's device on the verso of the last leaf.

All items are guaranteed as described. Any purchase may be returned for a full refund within 10 working days as long as it is returned in the same condition and is packed and shipped correctly.

Donald Heald Rare Books, Prints, and Maps offers the finest examples of antiquarian books and prints in the areas of botany, ornithology, natural history, Americana and Canadiana, Native American, voyage and travel, maps and atlases, photography, and more. We are open by appointment only.

leaves
Very generally, "leaves" refers to the pages of a book, as in the common phrase, "loose-leaf pages." A leaf is a single sheet... [more]
spine
The outer portion of a book which covers the actual binding. The spine usually faces outward when a book is placed on a shelf.... [more]
verso
The page bound on the left side of a book, opposite to the recto page.
quarto
The term quarto is used to describe a page or book size. A printed sheet is made with four pages of text on each side, and the... [more]
New
A new book is a book previously not circulated to a buyer. Although a new book is typically free of any faults or defects, "new"... [more]
device
Especially for older books, a printer's device refers to an identifying mark, also sometimes called a printer's mark, on the... [more]
pebbled
Pebbled cloth or leather describes the covering of a hardcover book with a decorative texture of repeated small raised bumps,... [more]
gilt
The decorative application of gold or gold coloring to a portion of a book on the spine, edges of the text block, or an inlay in... [more]