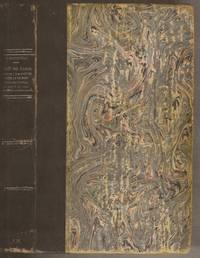 Like the historic London competition nearly half a century earlier (1851, the third Paris international tournament was conducted in the exciting splendor of the world's fair. A total of 17 players from Germany, Hungary, Mexico, Austria, the Untied States, England, Russian and France competed for 12,800 in prize money and four valuable Servres fases donated by the French Government. The Grande Cercle club served the visiting masters free coffee, tea and lemonade during the competition. The participants were permitted to take all their meals in the club, which was known for its superior cuisine. The Paris organizing committee, following the example of the London 1883 and New York 1889 tournaments, required that all drawn games be replayed. Only the result of the second game would count. In another attempt to encourage fighting chess, the committee announced that ties at the end of the tournament would be broken by number og games won. Schlechter fell victim to this tie-breaking system: he posted a +9 -5 =2 score to finish even with Marco and Mieses (both +10 -6 =0) in seventh-ninth places but went without a prize, since he had won fewer games. The London-domiciled Lasker (+14 -1 =1)began in impressive fashion with successive victories against Schlechter, Didier, Burn and Mieses. He then suffered his only defeat, this at the hands of the exciting 23 year old American rookie, Marsha. The Paris victory was Lasker's fourth in international competition and clearly established him as the world's premier player. The "American Eagle" Pillsbury (+12 -3 =1) soared into an early lead, but losses to Marshall (26 moves), Lasker (23 moves) and Burn consigned him to second place. Marshall, another brash young invader from across the Atlantic, also covered himself with glory (+11 -3 =2). He entered the final round with 12 points, then suffered a painful setback at the hands of the grimly pursuing Marcozy. The loss dropped him into a tie for third and fourth places with his Magyar conqueror. Enroute to his impressive showing, Marshall scored a 5 1/2 out of seven points against the other prizewinners. Burn (+11 -5 =0) distinguished the cause of British chess by securing the fifth of eight prizes - while the courageous Tchigorin (+9 -4 =3), overcoming a faltering start (losses in three of his first four games), fought back to claim the sixth prize. Just outside the prize list was Schlecter, who played below his usual strength. Nonetheless, he did manage to author a number of good games. His contest with Mason was singled out for inclusion in the 500 Master Games of Chess.

Seller rating:
This seller has earned a 5 of 5 Stars rating from Biblio customers.
Biblio.com.au member since 2005
Fort Worth, Texas
Ask Seller a Question

Marbled boards
... [more]
gilt
The decorative application of gold or gold coloring to a portion of a book on the spine, edges of the text block, or an inlay in... [more]
spine
The outer portion of a book which covers the actual binding. The spine usually faces outward when a book is placed on a shelf.... [more]
Cloth
"Cloth-bound" generally refers to a hardcover book with cloth covering the outside of the book covers. The cloth is stretched... [more]
New
A new book is a book previously not circulated to a buyer. Although a new book is typically free of any faults or defects, "new"... [more]
shelf wear
Shelf wear (shelfwear) describes damage caused over time to a book by placing and removing a book from a shelf. This damage is... [more]
octavo
Another of the terms referring to page or book size, octavo refers to a standard printer's sheet folded four times, producing... [more]
rubbing
Abrasion or wear to the surface. Usually used in reference to a book's boards or dust-jacket.
Fair
is a worn book that has complete text pages (including those with maps or plates) but may lack endpapers, half-title, etc.... [more]
cracked
In reference to a hinge or a book's binding, means that the glue which holds the opposing leaves has allowed them to separate,... [more]