sale of my collection of books from my 36 years in the book business.

Berthoff Books sells books previously owned by the late Warner B. Berthoff, Professor of English and American Literature, emeritus, at Harvard University, and members of his family. Inventory numbers beginning "WBB" are from Prof. Berthoff's library. Some books contain marginalia by Warner Berthoff, Prof. Ann E. Berthoff (emerita, U. Mass-Boston, English composition and rhetoric), or others, which we aim to describe accurately. Our inventory features English and American fiction and poetry, 20th-century literary criticism, world literature, history, and philosophy. Other categories are history and politics of Australia, Asia, South Africa and the Middle East; intelligence agencies and gnostic beliefs; Russian literature and criticism; and Russian and Soviet history.

We are an antiquarian bookshop established in 1933. We are members of ABAA and ILAB.

"In the old, rambling book tower by the lake ... we specialize in special copies of special books!" We are a very small American family-operated independent business with 28 years of online selling experience. That's right, we've been selling online since the early 1990s, even before the Web, when books and records were sold through Usenet and email mailing lists. We ship fast and secure. Your business directly helps our family, and we appreciate it -- we still hand-write our thank you notes on every order that ships from our local warehouse.Quick link to our Biblio storefront:https://rebrand.ly/goodoldbooks 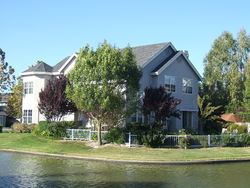 Established in 1993 and located just north of San Francisco in beautiful Marin County, we are antiquarian booksellers dealing primarily in desirable 19th and early 20th Century English and American Literature, both first editions and manuscripts, with a special emphasis on superb original condition. We also specialize in Film Source Literary First Editions, often signed, and film-related manuscripts. We also stock fine Children's Literature and original art. Lakin & Marley has an unreasonably small but select stock; we prefer to buy and sell only those books which we ourselves love and can take pride in handling.

Pacific Coast Books specializes in quality of books of interest from our store on the Central Oregon Coast. We are proud members of the Antiquarian Booksellers Association of America and have been buying and selling books for almost 20 years. Visit our website at www.Pacifc CoastBooks.net. Please feel free to call or email with any titles you would like to add to your collection. Only a small fraction of our inventory is online. We buy book collections.

Founded in 1980, Sumner & Stillman is a small family business providing personal service in the buying and selling of literary first editions of the 19th and early 20th Centuries. Member of the Antiquarian Booksellers Association of America (ABAA) for over 30 years.

The Old Book Shop of Bordentown is a general used/rare bookshop open to the public Tues.-Sunday 11AM to 5PM (8 PM on Fridays). 10,000 books on premises with another 25,000 in stock. Areas of speciality include baseball, New Jersey, American literature, mysteries. Member, ABAA, ILAB,Antiquarian Booksellers of New Jersey. Located in historic Bordentown City, New Jeresy (est. 1682).

Tommy\'s Book Shelf is a online business only. We do offer a return policy.

Private individual who has been collecting books for 40 years. It's time for them to find new forever homes.

Located in Cooperstown, NY for over 35 years, we carry general books and ephemera, with a good selection in Baseball, Americana, Theology, Music and Opera, Art, History, Fiction (including 1000's of titles in Mystery and Science Fiction), Literary Criticisms and Biographies, Science and Natural History, Cookbooks, Cinema, Business and Economics, Children's, Crime and Law, Psychology and many other categories. We have over115,000 books listed on line, with a much greater variety offered in our store.