We are a independent bookstore doing business primarily on the internet, book shows and by appointment, specializing in out-of-print and rare books in the Arts, Literature and Humanities.

I have more than 10,000 books for sale, both on-line and as part of collections at local coffeeshop/bookstore locations. I have a special interest in "literary" titles, including modern fiction and small press poetry. I also have several rare editions. I combine bookselling with my writing activities. I am an active writer with several books in print. You may learn more about me from my webpage "Emilio DeGrazia The Writing Life."

Carmichael's is a family-owned and family-run bookstore. It was opened in 1978 and is Louisville's oldest independent bookstore.

I have been a mail-order bookseller since 1982. You can find out about my latest doings on my weblog at http://cdrumm.blogspot.com.

Used and rare books of quality in all subjects. 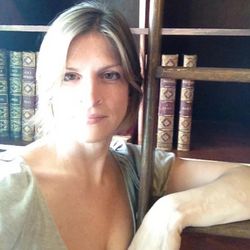 We are publishers and booksellers since 1971, specializing in modern poetry and literary editions including the arts. In addition, we publish poetry and feature these works on our web-site.

Philenor Rare Books is tucked away in Jamaica, Vermont. We specialize in early Americana but sell books in many other genres including art, small press, manuscripts, natural history, modern fiction, science, and early printing. Historical prints and ephemera are for sale as well as antiquarian books. Mail order only. Member of Vermont Businesses for Social Responsibility.