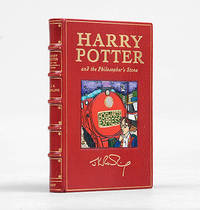 After gaining industry experience with Macmillan and then Sidgwick & Jackson, Nigel Newton founded Bloomsbury Publishing in 1986. The company was originally established as a publisher of high quality fiction, but has since expanded with four divisions: Bloomsbury Academic and Professional, Bloomsbury Information, Bloomsbury Adult Publishing and Bloomsbury Children’s Publishing. Bloomsbury now has offices in London, New York, Sydney, and New Delhi.

This relatively new company’s rapid growth is essentially thanks to one name: Harry Potter. No kidding. Even in a conservative estimate, over half of Bloomsbury’s business relates to the young wizard. After already having been rejected by about a dozen publishers, author J.K. Rowling’s manuscript for Harry Potter and the Philosopher’s Stone wound up in Newton’s hands, who then gave it to his eight-year-old daughter, Alice, to review. (Scholastic Press, the publisher of the U.S. editions, changed the title of the first book to Harry Potter and the Sorcerer’s Stone in an attempt to make it “more marketable” for American readership.) Alice gave it the thumbs-up and the Harry Potter series was on its way to becoming a worldwide publishing phenomenon.

Beyond the Harry Potter hype, Bloomsbury opened a branch in Doha, Qatar, under joint-partnership with Qatar Foundation in 2008. The new publishing house, called Bloomsbury Qatar Foundation Publishing, will work mainly with English and Arabic literature and with translations from English into Arabic and vice versa. Bloomsbury also published Howard Jacobson’s The Finkler Question (2010), which was awarded the Man Booker Prize that year.