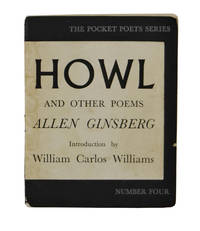 City Lights, which pays homage to the Charlie Chaplin film of the same name, is an independent bookstore-publisher combination in San Francisco that specializes in world literature, the arts, and progressive politics. City Lights Books was founded by poet Lawrence Ferlinghetti and Peter D. Martin (who left two years later). Martin first used City Lights in 1952 as the title of a magazine, publishing early work by such key Bay Area writers as Philip Lamantia, Pauline Kael, Jack Spicer, Robert Duncan, and Ferlinghetti himself, as Lawrence Ferling. A year later, Martin used the name to establish the first all-paperback bookstore in the U.S.

In 1955, Martin sold his share of the business to Ferlinghetti for $1000, and moved to New York and started New Yorker Bookstore, which specialized in cinema. That same year, Ferlinghetti launched City Lights Publishers with his own Pictures of the Gone World, the first number in the Pocket Poets Series.

Soon after, City Lights became widely known for the trial of Ferlinghetti for publishing Allen Ginsberg’s influential collection Howl and Other Poems (City Light Pocket Poets No. 4) in 1956. Following publication, the San Francisco police seized the book. Ferlinghetti and Shig Murao, the bookstore manager, were arrested on obscenity charges. The publicity generated by the trial drew national attention to San Francisco Renaissance and Beat movement writers. Ferlinghetti had the support of prestigious literary and academic figures, and, at the end of a long trial, Howl was deemed not obscene. Ferlinghetti was acquitted in October 1957.

In 1971, Ferlinghetti persuaded Nancy Peters, who was working at the Library of Congress, to join in a project with him, after which she began full-time work at City Lights. In 1984, the business was in a financial crisis and Peters became a co-owner of it. In 2007, after 23 years as City Lights’ executive director, Peters stepped down but remains on the board of directors and is president of City Lights Foundation.