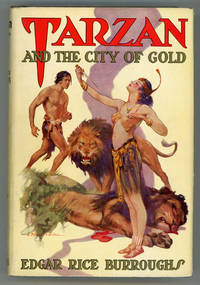 Edgar Rice Burroughs, Inc. was founded in 1923 when the author became one of the first to incorporate himself. Initially a tax incentive, the incorporation gave Burroughs more control over his works and ensured the distribution shares among his family. Burroughs’ books were published through his company from 1931 to 1948, with one additional title in 1967. The Burroughs family continues to own and manage the company, owning the rights to Burroughs’ works and characters - including Tarzan, the jungle hero, and John Carter, the heroic adventurer of Mars.