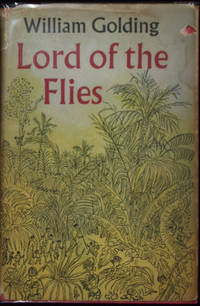 Though it didn’t become a firm until 1929, Faber & Faber can trace its roots back to The Scientific Press, founded in the early twentieth century. Sir Maurice and Lady Gwyer, the owners of The Scientific Press, wanted to expand into trade publishing with the help of Geoffrey Faber, which led to the establishment of Faber and Gwyer in 1925. Four years later, the Gwyers and Faber agreed to go their separate ways. Searching for a respectable name for his firm, Geoffrey hit upon “Faber and Faber,” although there was only ever one of him. Shortly thereafter, T. S. Eliot became Faber’s literary advisor and within its first season, the firm issued Eliot’s Poems 1909-1925. While poetry became a prime element in the Faber list, the firm also published biographies, memoirs, fiction, political and religious essays, art and architecture monographs, children’s books, and a pioneering ecology list years ahead of its time. Though Faber’s American arm was sold in 1998 to Farrar, Straus and Giroux, Faber and Faber, Ltd. remains one of the last of the great independent publishing houses in London.

Faber & Faber, Ltd.’s first editions state “First Published (Month, Year)” on copyright page. Prior to 1968, the year of publication was in Roman numerals; from 1968 on, they switched to Arabic numerals. Since World War II, the month has generally been omitted from the first edition statement. More recently, Faber & Faber added a number row to most publications with “1” present to indicate first editions.