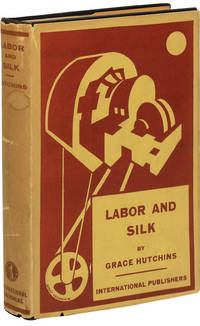 In 1924, A.A. Heller and Alexander Trachtenberg founded International Publishers, the New York City-based publishing house for books associated with the Workers Party of America — the direct antecedent of the Communist Party USA.

During the 1920s, International Publishers produced the first English-language editions of important works on Marxist theory, including the following: Foundations of Christianity (1925), Are the Jews a Race? (1926), and Thomas More and His Utopia (1927) by Karl Kautsky; Literature and Revolution (1925), Wither England? (1925), and Wither Russia? (1926) by Leon Trotsky; and Historical Materialism (1925), The Economic Theory of the Leisure Class (1927), and Imperialism and World Economy (1929) by Nikolai Bukharin as well as Joseph Stalin’s Leninism (1928).

In the fall of 1935, International Publishers launched a program called the “Book Union,” a book-buying circle that functioned similarly to the Book of the Month Club, collecting a $1 annual fee from its members, who then received a discounted volume in the mail each month. The first title offered was Proletarian Literature in the United States, an almost 400-page anthology. Despite its aggressively low pricing, the Book Union proved less than successful and was terminated after just a few years.

International Publishers joined with the Marx-Engels-Lenin Institute in Moscow on three separate publishing initiatives involving the works of Lenin: an aborted “Collected Works” project begun in 1927; a 12-volume “Selected Works” project issued 1934-1938 in green bindings; and a revised 12-volume “Selected Works” edition published in blue bindings in 1943. International also joined with Progress Publishers and Lawrence and Wishart (the Communist Party of Great Britain’s publishing house) to publish a 50-volume “Collected Works of Karl Marx and Frederick Engels” project, launched in 1975 and completed in 2004.

First editions from International Publishers either have “First Edition” or “First Printing (year)” on the copyright page with no additional printings listed.