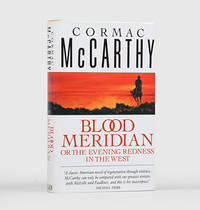 Picador is an imprint of Pan Macmillan in the United Kingdom and Australia and of Macmillan Publishing in the United States. (Georg von Holtzbrinck Publishing Group owns both companies.) The imprint was launched in the UK in October 1972 with the aim of publishing outstanding international writing in paperback. Picador’s first eight titles include: Rosshalde by Hermann Hesse, A Personal Anthology by Jorge Luis Borges, Trout Fishing in America by Richard Brautigan, The Naked I edited by Frederick R. Karl and Leo Hamalian, The Bodyguard by Adrian Mitchell, Heroes and Villains by Angela Carter, Les Guérillères by Monique Wittig, and The Lorry by Peter Wahloo.

In 1978, the imprint published Michael Herr’s Dispatches, the first Picador Paperback Original. A few years later, Midnight’s Children by Salman Rushdie (1981), which is now published by Vintage, won the Booker prize, making it the first Picador title to do so. Keri Hulme’s The Bone People (1986) and Graham Swift’s Last Orders (1996) also won the award, the latter of which was the first Picador Original to receive the honor.

Picador published its first hardback, Gregor von Rezzori’s Memoirs of an Anti-Semite, in 1984. In 1988, the imprint not only published its first number one bestseller, Edmund White’s The Beautiful Room is Empty, but it also launched the Picador Classics list with the publication of Richard Wright’s Black Boy. Further expansion followed as Picador started publishing its own hardcovers in 1990 and created its Poetry list in 1997.

Also in the 1990s, Picador launched its Travel Classics series, which includes 17 hardcover reprints of titles though to be “classic” travel literature. The first three titles of the series are Apsley Cherry-Garrard’s The Worst Journey in the World (1994), Robert Byron’s The Road to Oxiana (1994), and Norman Lewis’s I Came, I Saw (1994).

In 2012, Picador celebrated its 40th anniversary with special editions of twelve of its most influential books: All the Pretty Horses, American Psycho, Bridget Jones’s Diary, Dirt Music, Last Orders, Mother’s Milk, Room, The Line of Beauty, The Lovely Bones, The Savage Detectives, The Sea and White Noise.