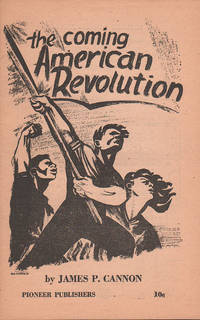 Pioneer Publishers was the original Trotskyist publishing house in the US, based out of New York City. Pioneer was established in 1930 founded by Max Shachtman in affiliation with the Communist League of America (predecessor of the Socialist Workers Party). As it became the official publishing arm of the SWP, Pioneer primarily published of works of Marxist theory and of socialist political analysis and commentary. The publishing house, along with its successors, have also been the principal English-language publishers of writings of Leon Trotsky as well as documentary works on the history of the early years of the Communist International and on the histories of the Fourth International and the SWP. Pioneer Publishers was superseded by Merit Publishers in 1965, and Merit Publishers in turn was superseded by Pathfinder Press in 1969.

First editions from Pioneer Publishers have no additional printings listed.