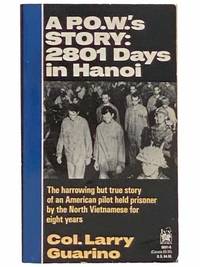 Description:
New York: Ivy Books, 1990. Mass Market Paperback. Very Good. Sticker on rear wrapper, spine and rear wrapper creased. 1990 Mass Market Paperback. 341 pp. "Shot down on his fiftieth mission over North Vietnam, Major Larry Guarino was the eleventh American to be captured during the Vietnam War. Through eight years of humiliation and imprisonment which included physical and mental torture, and through the bleakest periods of suffering and despair, Guarino never lost his courage, his patriotism, or his will to live. His riveting tale of survival is truly a triumph of the human spirit.
Item Price
AU$13.27
AU$30.19 shipping to AUS 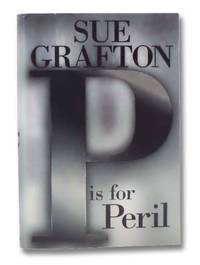 Description:
G.P. Putnam's Sons, 2001. Hard Cover. Near Fine/Near Fine. An exceptional copy. 2001 Hard Cover. We have more books available by this author!. She's Kinsey Millhone, familiar to millions of readers around the globe, and she's back in full stride in P is for Peril, her latest venture into the darker side of the human soul. Mordant, mocking, and deceptively low-key, hers is a voice we know we can trust, from a character we've come to love.
Item Price
AU$7.96
AU$30.19 shipping to AUS 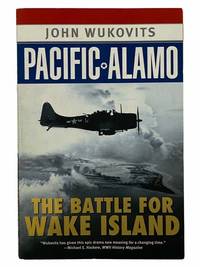 Description:
New York: New American Library, 2004. 1st Printing. 1st Printing. Good. 1st printing. Pages faintly toned. 2004 Trade Paperback. Now a prominent military historian, breaking new ground on the assault, relates the compelling events of that day and the heroic struggle that followed. Thanks to the brave Marines stationed there-and the civilian construction workers who selflessly put their lives on the line to defend the island-what was supposed to be an easy victory became a protracted and costly battle for Imperial Japan. This is the story of that battle, from survivors on both sides, and with a gallery of historic photos.
Item Price
AU$9.29
AU$30.19 shipping to AUS 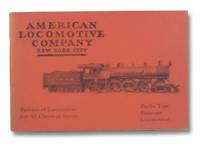 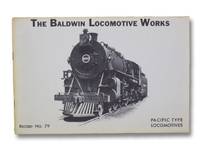 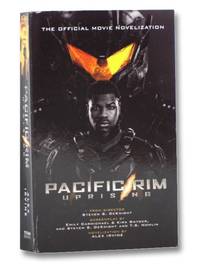 Description:
Titan Books, 2018. 1st Printing. Mass Market Paperback. Near Fine. First printing. Spine very faintly creased. 2018 Mass Market Paperback. 294 pp. From Director Steven S. DeKnight. Screenplay by Emily Carmichael and Kira Snyder, and Steven S. DeKnight and T.S. Nowlin. Novelization by Alex Irvine. "It has been ten years since The Battle of the Breach and the oceans are still, but restless. Vindicated by the victory at the Breach, the Jaeger program has evolved into the most powerful global defense force in human history. The PPDC now calls upon the best and brightest to rise up and become the next generation of heroes when the Kaiju threat returns.
Item Price
AU$6.64
AU$30.19 shipping to AUS 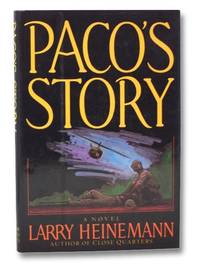 Description:
Farrar Straus Giroux, 1986. First Edition. Hard Cover. Very Good/Very Good. First edition. Top edge lightly foxed. 1986 Hard Cover. 209, [3] pp. 8vo. "This novel focuses on Paco Sullivan, the lone survivor of a massacre in Vietnam, who travels back to the United States, becomes a dishwasher in a short-order restaurant, and is haunted by the ghosts of the men killed in battle." "Lone survivor of a Viet Cong night attack that wipes out the 90-plus men of Alpha Company, Paco Sullivan returns to civilian life after much time spent in military hospitals. Narrated by a nameless dead soldier from Alpha Company, this intense, vividly written tale interweaves Paco's infantry days in Vietnam with his Valium- and Librium-soothed afterlife as a dishwasher in a smalltown cafe. This second novel by the author of the critically acclaimed Close Quarters is likewise a very frightening, yet wondrously rendered tale of violent extremes of human behavior." -- Library Journal
Item Price
AU$10.62
AU$30.19 shipping to AUS 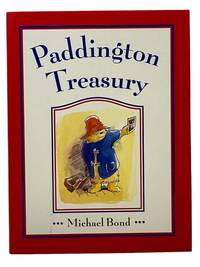 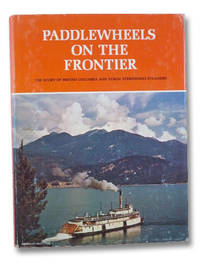 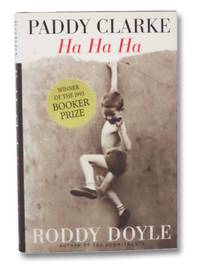 Description:
Viking, 1993. First Edition. Hard Cover. Near Fine/Near Fine. First edition. Faint foxing to page ridge. 1993 Hard Cover. We have more books available by this author!. Booker Prize Winner. A biography about growing up in a post-war Ireland that is depressed financially, repressed by the Church and family rules, and filled with drinking.
Item Price
AU$13.27
AU$30.19 shipping to AUS 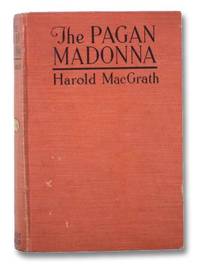 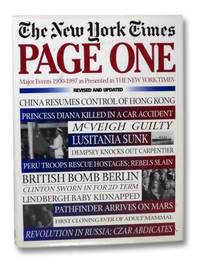 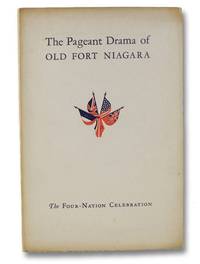 Description:
International Celebration at Niagara, Incorporated, 1934. First Edition. Trade Paperback. Very Good. First edition - a paperback original. Wrappers toned. 1934 Trade Paperback. 107 pp. Printed wrappers. Tipped in frontispiece captioned 'Porte des Cinq Nations: Drawbridge Entry to Old Fort Niagara'. A pageant drama written to celebrate the dedication of the newly restored Fort Niagara in 1934. The fort, originally built by the French in 1678, was seized by the British in 1759, and later the United States in 1815. This printed stage play also functioned as the official program of the four nation celebration at Niagara, which featured four days of festivities honoring the dedication, the Native Americans, the French, and the British.
Item Price
AU$6.64
AU$30.19 shipping to AUS 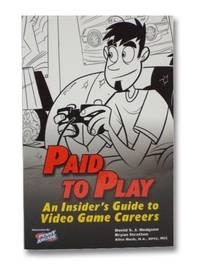 Description:
Prima Games, 2006. First Edition. Trade Paperback. Near Fine. First edition. An exceptional copy. 2006 Trade Paperback. Currently there are NO OTHER video game career guides with over 100 interviews from current, working game professionals. They are fully candid and give readers an unvarnished look inside the industry. The biggest secret? It's actually work.
Item Price
AU$9.29
AU$30.19 shipping to AUS 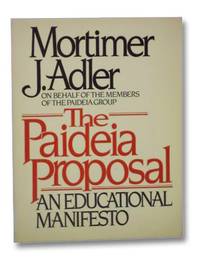 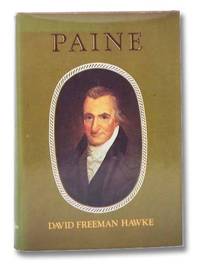 Description:
Harper & Row, 1974. 2nd Printing. Hard Cover. Very Good/Very Good. 2nd printing. Edges faded and lightly foxed. 1974 Hard Cover. x, 500 pp. 8vo. "John Adams said that 'without the pen of Paine the sword of Washington would have been wielded in vain.' Yet of all the great figures of the American Revolution, Thomas Paine has been least understood. Now David Freeman Hawke has written a rich biography of the brilliant propagandist who wrote Common Sense, The Age of Reason, and The Rights of Man. Thomas Paine lived a life of great diversity, from poor beginnings through the dramatic roles he played in the American and French revolutions, his friendship with Benjamin Franklin, his imprisonment in France during the Terror, his trial and banishment from England, and the pathos of his declining years. Temperamental and jealous of his reputation, Paine was nevertheless a gentle and unworldly man. In this portrait he comes to life as one of the great revolutionary idealists.
Item Price
AU$9.29
AU$30.19 shipping to AUS 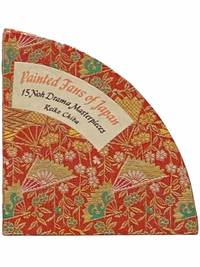 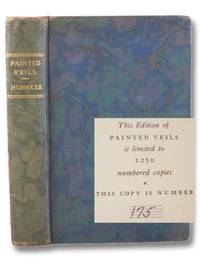 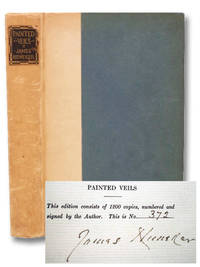 Description:
Boni and Liveright, 1920. First Edition. Hard Cover. Very Good/No Jacket. Signed by author. First edition. Limited edition, numbered 372 of 1200 copies. Signed by author. Boards and spine rubbed with a few faint stains, ink name to second page. 1920 Hard Cover. 294 pp. "Set among the bohemian society of New York artists, critics, and dilettantes, this impressionistic narrative exhibits the author's love of the exotic and the voluptuous, his acceptance of the decorative aspects of Oriental mysticism, and his intimate knowledge of art and artists in his time.
Item Price
AU$13.27
AU$30.19 shipping to AUS 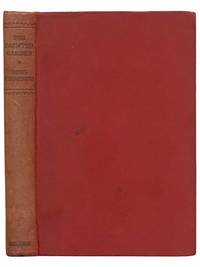 Description:
London: Collins, 1954. 2nd Printing. Hard Cover. Very Good/No Jacket. Kenyon, Ley. Second printing. No jacket. Spine toned, lightly stained, and slightly cocked. Page ridges and a few pages lightly foxed. 1954 Hard Cover. 320 pp. "Crabby Jane Winter is furious when her family plans to spend the winter in California, leaving her dog in London. However, her father really needs a holiday to get over his writer's block. In California, Jane meets a movie producer who realises that her disposition makes her perfect to play Mary in a film version of The Secret Garden. The novel shows the process of filmmaking from a child actor's perspective. The novel also involves Jane's siblings: Rachel the budding ballerina and Tim the promising pianist, who have their own adventures in California. But the plain and unnoticed Jane is the one who makes it to fame.
Item Price
AU$66.35
AU$30.19 shipping to AUS