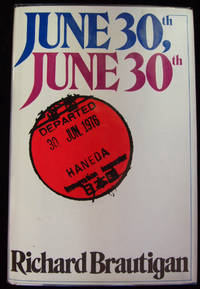 Delacorte Press began as a book imprint of Dell Publishing, which was founded in 1921 by George T. Delacorte, Jr. Dell initially published magazines and comics, but began publishing books through Delacorte Press in the 1940s. The imprint became known for its placement of maps on the back cover of its books, which were meant to aid the reader by showing the location of the book’s principal activity; these books were almost immediately known as “mapbacks.” Dell Publishing no longer exists as an independent entity. The company was bought out and is part of the Bantam Dell Publishing Group of Random House, which also uses some of Dell’s other imprints. Indeed, Delacorte Press is alive and well, under all that structure, publishing in a variety of genres.