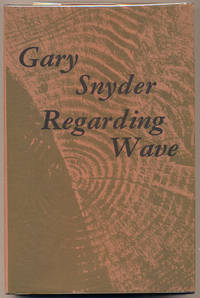 Fulcrum Press was a major avant garde poetry press started in 1965 by Stuart Montgomery, a Rhodesian-born doctor and poet. The Press launched with the publication of Basil Bunting’s Loquitur (1965) and later published his First Book of Odes (1965), Ode II/2 (1965), Briggflatts: An Autobiography (1966), and Collected Poems (1968).

During its time, Fulcrum Press published about 40 books by more than 20 writers. It made a significant contribution to the British Poetry Revival and was one of the best-known little presses of the period, recognized for publishing the works of Modernist poets including Ezra Pound, Basil Bunting, Allen Ginsberg and Roy Fisher. Stuart Montgomery published two books of his own poems, Circe (1969) and Shabby Sunshine (1973), and his medical study Measures of Depression (1978) through Fulcrum.

The downfall of Fulcrum was a result of a lengthy legal dispute with Scottish poet Ian Hamilton Finlay over the mistaken description of his book, The Dancers Inherit the Party as a first edition. Finlay argued that the book had already been published twice before and won the case. Montgomery was then unable to meet the costs of losing the case and Fulcrum folded.

First editions from Fulcrum Press have a sequence of numbers on the copyright page with “1” present.