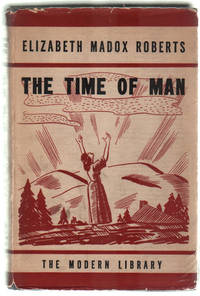 Founded in 1917 by Albert Boni and Horace Liveright, Modern Library pioneered the idea of providing American readers with inexpensive reprints of European modernist titles, plus the work of a few contemporary Americans. Because of this, it is considered one of the most important publishing houses of the early 1920s. However, by 1925, after buying out his partner a few years early, Liveright sold Modern Library to Bennett Cerf, a then twenty-seven-year-old vice-president.

More recently, in 2000, Modern Library launched The Paperback Classics, a program featuring treasured classics and volumes of essential writings as well as major translations of great works from around the world. Modern Library Chronicles, a series of original, small-format histories focusing on various eminent subjects.

Since 1925, first editions published by Modern Library state “First Modern Library Edition” on the copyright page, followed by either the year of publication or a sequence of numbers with “1” present. The first-edition statement was occasionally left out in subsequent printings, but the presence of later-published titles within the book may help to identify it as a later edition.

Since the Modern Library series was founded in 1917, it has always had a distinctive colophon, which may also be helpful in first edition identification. Originally, it was the “BL” emblem of Boni and Liveright, which appeared on the base of dust jacket spine, the front book cover, and on the title page, with the words “Modern Library” above it. In 1925, Cerf and Klopfer commissioned Lucien Bernhard to design a new colophon: the Flying Torchbearer, representing the light of knowledge. Bernhard’s colophon was redesigned several times over the years, most notably by Rockwell Kent.