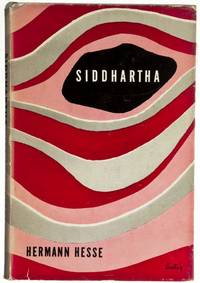 The first American publisher of such notables as Vladimir Nabokov, Jorge Luis Borges, and Henry Miller, New Directions was founded in 1936 when twenty-two-year-old James Laughlin issued the first of the New Directions anthologies. In response to Ezra Pound’s advice to the Harvard sophomore to “do something useful,” Laughlin created an independent press committed to publishing experimental writing. The (roughly) annual New Directions anthologies introduced readers to the early work of such writers as Dylan Thomas, Marianne Moore, and Wallace Stevens.

Soon after issuing the first of the anthologies, New Directions broadened their focus to include quality contemporary writing of all genres and began publishing novels, plays, and collections of poems. Writers such as Ezra Pound and William Carlos Williams, who once had difficulty finding publishers, were early New Directions authors and have remained at the core of the publisher?s list of modernist writers. The company was incorporated in 1964 as the New Directions Publishing Corporation. In 1977, New Directions was presented with a Carey Thomas Award special citation for distinguished publishing in experimental literature.

Today, the New York City-based New Directions publishes about 30 books annually in hardcover and paperback, which are distributed by W. W. Norton & Company. The current focus of New Directions is threefold: discovering and acquiring many new contemporary international writers and introducing them to the US, maintaining a tradition of publishing new and experimental American poetry and prose, and reissuing New Directions’ classic titles in new editions with introductions by highly praised writers and artists.

First editions of early titles from New Directions require specific author bibliographies. First editions published from the late 1940s to 1969 have no additional printings listed on the copyright page. Binding variations can also be useful for first edition identification.