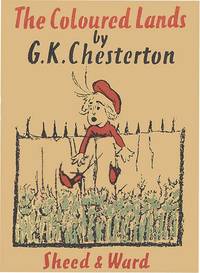 The publishing house Sheed and Ward was founded by Catholic activists Frank Sheed and Maisie Ward in London, England in 1926. Their publications include such religious topics as spirituality, pastoral ministry, catechetics, theology, medical ethics, and moral theology.

The head office of Sheed and Ward was moved to New York City in 1933. After a dwindling output in the 1970s, the publishing house changed hands multiple times — including an acquisition by the Priests of the Sacred Heart in Milwaukee, Wis., in 1998 — before the company’s US assets were acquired by Rowman & Littlefield as their Catholic book imprint and its UK assets were acquired by the Continuum International Publishing Group, which has since been subsumed into Bloomsbury Publishing.

Today, Sheed and Ward is still one of the leading publishers of books, booklets, tapes, and videos written and produced by the finest ecumenical religious authors in the world. In addition to titles like C.S. Lewis’ The Pilgrim’s Regress: An Allegorical Apology for Christianity Reason and Romanticism, Ron Galella’s Jacqueline, Nicholas Berdyaev’s The Bourgeois Mind and Other Essays, Sheed and Ward has published such notable writers and theologians as Karl Adam, Henri deLubac, Pomano Guarding, G.K. Chesterton, Hilaire Belloc, Christopher Dawson, Allison Peers, Hans Kung, Edward Schillebeeckx, Vincent McNabb, and Etienne Gilson as well as, of course, Frank Sheed and Maisie Ward themselves.