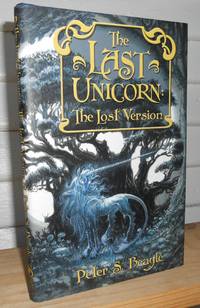 Subterranean Press — also referred to as simply SubPress — is best known for genre fiction, primarily horror, suspense and dark mystery, fantasy, and science fiction. Founded in 1995, the small press, based in Burton, Michigan, has published some of the most popular and greatest genre authors, including Stephen King, Carlos Ruiz Zafon, Harlan Ellison, Joe Hill, Peter Straub, and George R.R. Martin.

In addition to trade editions of novels, short story collections, and chapbooks, SubPress produces collector’s and limited editions. These books are issued with author signatures, in both numbered and lettered states, and are produced using high-grade paper and bindings with matching slipcases and traycases.

SubPress excels at negotiating rights to exclusively publish previously unreleased works and collections from many big-name authors as well as from up-and-coming but unheralded talent. As of early 2015, SubPress has released more than 200 books and is currently averaging between 30 to 50 new titles every year.

First editions from Subterranean Press have a sequence of numbers on the copyright page with “1” present and no additional printings listed.