We have been selling books for almost 20 years, from humble beginnings in 2002 on Amazon UK marketplace, selling surplus books from a PhD on Kafka which ran slightly over budget and over schedule!The business has expanded considerably since then, and our main emphasis is on high quality highly sought after books in various fields - art; photography; modern 1st's; motoring and other niche/underground obsessions!

The best in entertainment biographies, film scripts, TV books, and autobiographies of your favorite stars. 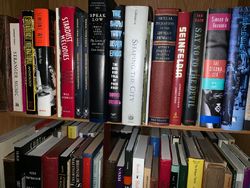 Hi. Thanks for looking at my storefront. I have been a bookseller since 1981 . I have worked for such national and local New York booksellers as Barnes and Noble, Marboro Books (B&N's mail order division) , Shakespeare and Company, The Mysterious Bookshop, Cooper Square Books, and Bookazine Wholesalers. I have also been a sales representative for a number of small book presses.

Kvasir's Scholars is a used online bookstore specializing in science fiction, horror and other fiction.

MAB Books is owned and operated deep in the heart of Texas. We conduct an online presence and store our inventory in a 2,000 sq. ft. warehouse.

Based in West Yorkshire, Quair Books specialises in modern literary and visual cultures, particularly alternative, different and radical authors/ artists, presses and histories. We hold a small general stock, with a focus on unusual, interesting and beautiful books, as well as significant books in the history of ideas. Find us online at: quairbooks.co.uk; email us on: quairbooks@gmail.com and Twitter: @quairbooks. 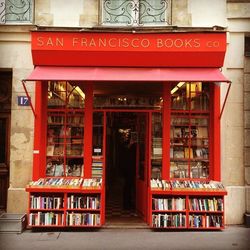 Biblio's astonishingly poor platform does not permit us to paste a description of our business here. Please see the Schubertiade website at www.SchubertiadeMusic.com to learn more about us.

Zachary Stacy, Bookseller, is run out of a home office in the Oakhurst neighborhood of Fort Worth, TX. We primarily sell though occasional lists and sometimes exhibit at book fairs. We are a member in good standing of the Texas Booksellers' Association.

Search within Bookstores Specializing in Film