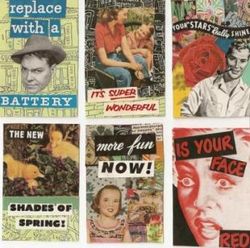 I Scour the Earth to locate the best Bibliophile artifacts conceivably available, and offer them to the Book enthusiast at the most reasonable prices imaginable.

Butler's Book Bunker - Histories Of The US Army

Freedom IS NOT Free and from the infancy of the United States of America to be recognized as the worlds greatest republic of democracy many sacrifices have been made by Patriots from sea to shining sea. It is my desire after a spending 29 years in the service of the US Army to allow you to own some of the most detailed accounts of sacrifice, strategy, heroism, duty, honor, leadership, selfless service, patriotism, respect, and personal courage focused on the military professionals during World War II in Europe, Africa, and the Pacific theaters. These mostly hard cover cloth bound books in AS NEW condition will provide decades of enjoyment and a deeper respect for the men, women, lineage, traditions, and fortitude of the Profession of Arms executed and displayed by "The Greatest Generation" to bring a end to the tyranny, horror, and bloodshed of WWII. I also am actively working to re-home my 40+ year old comic book collection spanning mostly from 1975 to 1998. I will make these available for the new collector, the veteran collector, or the returning collector in 15 to 30 book lots by the Spring of 2021.

I Cannot Live Without Books

Small, independent bookseller working to grow and expand. After selling for years through Amazon's platform, am looking to increase customer base and provide my own customer service.

We have a great love for books and a passion to conserve our heritage of old books as well as to pass on the joy of reading. We specialise in Second hand books and cover most genres with a special place for Biographies, World war and Africana boos

The History Place offers a large collection of materials in American , British , and European history and politics. Some general stock books are also available with a focus on Higher Education and American Baseball.

the_trader specializes in hard to find fiction and non-fiction.

Walnut Valley Books is a small independent home-based business with the bulk of my holdings being of an American military nature covering everything from the Revolutionary War to the current wars in Iraq and Afghanistan. I also have holdings of books on the Middle East, the southwestern United States (New Mexico especially, Kansas related titles, Oklahoma related titles, and other regionally specialized books. All of my holdings are hand-selected to be good quality books of interest to the reader, historian, or the collector. In addition to the above, you will also find a wide range of other topics such as Medical, US History, autobiographical, biographical, sports, women's studies, and many other eclectic topics.