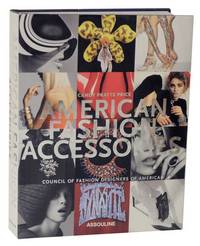 Husband and wife Prosper and Martine Assouline published their first book, La Colombe d’Or (1993), on the history of their favorite hotel in the South of France. Prosper took the photographers and Martine drafted the text. The publication launched Assouline Publishing and established the company as a unique force in the world of luxury book publishing. Assouline’s 1,000+ titles focus on images rather than text in order to convey the message. The graphically dynamic books cover many styles, including fashion, art, architecture, photography, design, and travel.

In 1996, Assouline launched its Memoire collection of books focusing on noteworthy names in fashion, jewelry, design, and art. A few years later, the company published Lee Radziwill’s Happy Times (2001). The glossy memoir remains one of Assouline’s most successful titles, with more than 40,000 copies sold around the world, and it became the template for the company’s Lifetime collection, which focused on international destinations and style.

Assouline publications are large, beautiful, and finely crafted. However, the cost of these books can vary greatly — from $25 for a book from the Memoire collection and $45 for one from Lifetime to upwards of several hundreds of dollars for various limited deluxe editions.

Today, Assouline Publishing is the largest independent publisher in France and has some 20 stores in cities as far-flung as Istanbul, Seoul, and Mexico City. One of the company’s most recent publications is an oversized, linen-clad volume focusing on the opulent lifestyle of Valentino Garavani, titled “The 100 Most Influential Objects of the 20th Century.” Assouline has also expanded to include and accessories and gift line, which offers library decor items such as bookcases and book stands, trunks, stationery and leather goods, scented candles, special editions, and box sets.

First editions from Assouline Publishing state “First Edition” on the copyright page, which may also have a sequence of numbers with “1” present.