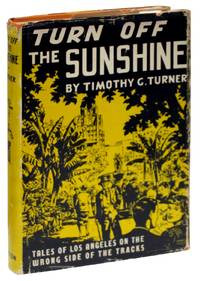 After less than successful attempts in the banking industry and magazine publishing, Albert E. Gipson founded Caxton Printers in 1907. The commercial printing company was named after William Caxton, who printed the first-ever book in English in 1474, and since its inception, the Caxton’s publications display the original “W.C.” insignia on their colophons and spines. Originally, Caxton offered printing and office services to the Idaho business community. It was Albert’s son, James Herrick “J.H.” Gipson, who launched the publishing house portion of the business in 1925 with Caxton’s first book, a civics textbook by future Idaho Secretary of State Fred Lukens, titled The Idaho Citizen. At that time, there were no such companies in Idaho and almost no publishing houses in the West.

By the end of the 1930s, the publisher was printing over 30 new titles every year, with topics ranging from Western history and anthologies to political works, more specifically, libertarian and anti-communist texts by nationally prominent writers such as Garet Garrett and Isabel Paterson. In 1953, Caxton released the first (and, until 1995, the only) hardcover edition of Ayn Rand’s Anthem.

During this time, Caxton became the Idaho State textbook repository, stocking over 10,000 titles, ranging from textbooks to picture books. The publisher also serves as the distributor to the book trade of other fine small presses such as the University of Idaho Press, Historic Idaho Press, Snake Country Publishing, Photosmith Books and Hambleton Publishing.

The publishing division was itself named Caxton Printers until around 1995, when its name was changed to Caxton Press in order to differentiate it from the parent company, which now also engages in non-publishing business, including selling office supplies and school supplies.

In first editions from Caxton, the same date must appear on the title page as on the copyright page with no additional printings listed.