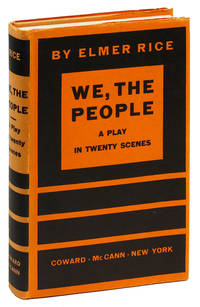 A medium-sized publishing house founded in 1927, Coward-McCann was joined with the firm G.P. Putnam’s in 1936 to publish titles such as playwright Thornton Wilder’s Our Town. In 1959, John Geoghegan joined Coward-McCann as editor-in-chief. Two years later, he was named president, then chairman. In 1971, the company was renamed Coward, McCann & Geoghegan.