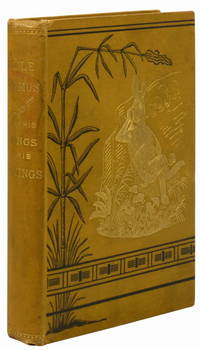 Daniel Appleton, owner of a Massachusetts general store, opened a book department in 1813 with the help of his son, William Henry Appleton. In 1931, Daniel published the first book, William Mason’s Crumbs from the Master’s Table. By 1847, after issuing many travel guides, including the best selling European Guide Book, William Henry considered the store a sideline and was concentrating on publishing. With the death of father Daniel in 1849, William was joined by his brothers, John, George, and Samuel. Together, they issued the New American Cyclopedia and the Unabridged English Dictionary, which made the Appleton name world famous. Under William Henry’s son, William Worthen Appleton, the company grew to become one of the world’s most important publishing houses. In 1933, Appleton merged with Century to create a new company, D. Appleton-Century Co. Then in 1948, D. Appleton-Century Co. merged with F.S. Crofts, Inc. and by the 1960s the company was sold to Prentice-Hall.