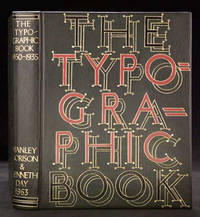 In 1880, Liberal politician Sir John Benn founded publishing firm Benn Brothers with the first edition of The Cabinet Maker, an illustrated monthly journal dealing with the artistic and technical aspects of furniture. Though it was slow to start, The Cabinet Maker was eventually established as the main journal for the furniture trade in Britain. After Sir John was elected to Parliament in 1892, he passed control of the company to his eldest son, Ernest.

As managing editor, Ernest enlarged Benn Brothers to include hardcover and paperback books as well as additional trade journals. Ernest Benn Limited also became known for several series including the educational books of The Sixpenny Library and Sixpenny Poets and the travel guides known as The Blue Guides. In 1923, the name of the firm was changed to Ernest Benn Limited.

However, a few years before the firm was renamed, Ernest hired Victor Gollancz, whose efforts increased company profits ten-fold. The new recruit published a very successful series of art books and recruited promising and talented writers such as Edith Nesbit, Robert W. Service, and H.G. Wells. Another one of Gollancz’s more fruitful innovations was employing Gerald Gould, fiction editor of the Observer, as chief manuscript reader. Aligning with his theory that positive reviews were a major factor in selling books, Gollancz knew that if he published works selected by Gould, the books would be guaranteed at least one good newspaper review.

Unfortunately, ongoing disagreements over business and political philosophies led to tensions between Benn and Gollancz. One example: Gollancz disapproved of Ernest Benn Limited’s publication of Ernest’s own book, Confessions of a Capitalist, where he celebrated the merits of laissez-faire capitalism. In 1928, as a result of these factors, Gollancz left to form his own publishing company, Victor Gollancz Limited.

Ernest Benn Limited was taken over by the Extel Group in June 1983.