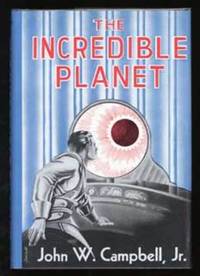 Around 1946, Lloyd Arthur Eshbach, who eventually founded Fantasy Press, ordered a copy of Skylark of Space from its publisher, the Buffalo Book Company. Eshbach was soon frustrated by Buffalo’s delays in publishing and lack of marketing, an area in which Eshbach had gained expertise from his job as a copywriter for Glidden. He wrote to Tom Hadley of the Buffalo Book Company to offer suggestions for improving the company’s marketing techniques. As a result of of Eshbach’s suggestions, he ended up with a copy of the mailing list of Hadley’s customers.With two of his co-workers from Glidden and one other friend of theirs, Eshbach used the mailing list to start Fantasy Press. Eshbach then obtained the rights to Spacehounds of IPC from an enthusiastic E.E. Smith and the science fiction novel became the first title published by the new press. Eshbach eventually bought out his partners and operated the press for several years on his own. In the early 1960s, Fantasy Press was deemed under capitalized as sales continued to decline. Eshbach wrote his authors and reverted the rights to their books while he took a job with a religious publishing house.