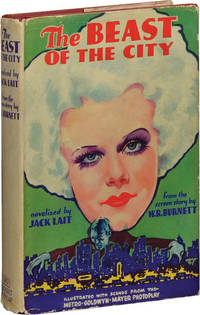 Alexander Grosset and George T. Dunlap met when both worked for American Publishers Corporation. After that firm went bankrupt in 1898, Grosset & Dunlap formed a partnership and essentially changed the focus of the publishing industry from expensive books for the few to cheaper books for the masses. Sidestepping royalties and other fees, Grosset & Dunlap got their start reprinting books that were already in print. With these profits, the partners purchased paperbound books in bulk to rebind them in cloth and resell. Eventually, Grosset & Dunlap would purchase reprint rights from publishers before publication, including reprint rights from Edward Stratemeyer for the Hardy Boys and Nancy Drew. The company was purchased by G.P. Putnam’s Sons in 1982 and today is part of the British publishing conglomerate, Pearson PLC through its American subsidiary Penguin Group.

Though it was primarily a reprint house, some notable first editions have been published by Grosset & Dunlap, including: King Kong (photoplay); Nancy Drew and Hardy Boys series; Fran Striker’s “Lone Ranger” series; and Zane Grey’s The Redheaded Outfield and Other Stories. First editions of Grosset & Dunlap originals state “First Printing” on the copyright page.