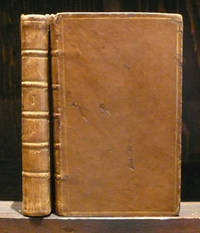 English publisher John Newbery, the “Father of Children’s Literature,” was one of the first to make children’s literature a sustainable and profitable part of the literary market. Newbery’s success was due in part to the rise of the British middle class, which resulted in increased amounts of money and leisure time able to be spent on children. Additionally, philosophies regarding the role and nature of children were changing; as opposed to being viewed as miniature adults, children were beginning to be recognized as having interests, energies, and attention spans that were much different from those of adults.

Newbery started his first book publishing business in Reading, Berkshire in 1740. His first two publications were an edition of Richard Allestree’s The Whole Duty of Man and Miscellaneous Works Serious and Humorous In Verse and Prose. Three years later, Newbery put his stepson, John Carnan, in charge of his business and left Reading to establish a shop in London. From the new location, he published his first children’s book: A Little Pretty Pocket-Book (1744). Though it would seem didactic today, A Little Pretty Pocket-Book, containing poems, proverbs, and an alphabet song, was well received at the time. The book differed greatly from the dull cheap appearances of children’s books of the day; its brightly colored cover that appealed to children was something new to the industry. The public eagerly snatched up copies and at least 10,000 copies were distributed between its initial publication and the end of the century.

In 1745, Newbery moved the firm to a more upscale location in London and named it the Bible and Sun. He continued to publish a mix of adult and children’s titles and the eventual success of the new location afforded Newbery to sell the Reading business. The next year, Newbery published two more notable books directed at the education of children — Circle of the Sciences: Writing and Circle of the Sciences: Arithmetic. Some sources credit Newbery with publishing the first edition of Mother Goose in England in 1781, but others argue the book’s authenticity as the first edition.

All in all, about one-fifth of the five hundred books Newbery produced were children’s stories, including ABC books, children’s novels and children’s magazines. The Newbery Medal was created in honor of his achievements in children’s publishing. It has been awarded annually since 1922 by the American Library Association for the most distinguished contribution to children’s literature in the United States. Other titles published by the firm include Newbery’s own books and the works of Christopher Smart, Oliver Goldsmith, and Samuel Johnson

First editions from John Newbery have no additional printings listed on the copyright page.