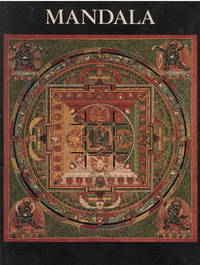 Shambhala is an independent publishing company founded in 1969 by Samuel Bercholz (current now Chairman and Editor-in-Chief) and Michael Fagan in the back of a bookstore on Telegraph Avenue in Berkeley, California. The name of the publication was inspired by the Sanskrit word “Shambhala,” which refers to a mystical kingdom hidden beyond the snowpeaks of the Himalayas, according to the Tibetan Buddhist tradition. Shambhala Publications’ first book was Meditation in Action by Chögyam Trungpa, a Tibetan Buddhist teacher then living in Scotland, set the initial tone for the company as many of its titles deal with Buddhism and related topics in religion and philosophy. Other early titles include Gopi Krishna’s Kundalini and Carlos Suares’ The Cipher of Genesis.

After teaming up with Random House for distribution, Shambhala published Francesca Fremantle and Chögyam Trungpa’s new translation of The Tibetan Book of the Dead with a commentary by Trungpa elucidating the text’s insights into human psychology in 1975. The next year, the company moved to Boulder, Colorado to be near the Naropa Institute. In 1986, Shambhala moved to Boston and the following year, the company published Thomas Cleary’s translation of Sun Tzu’s classic of military strategy, The Art of War, which became one of its best-sellers of the eighties. In 2002, the publisher launched the Shambhala Library series, featuring a range of great works, from Hermann Hesse to Shunryu Suzuki to Ralph Waldo Emerson, in smaller hardcover editions with full cloth binding, ribbon markers, and exquisite production values throughout.