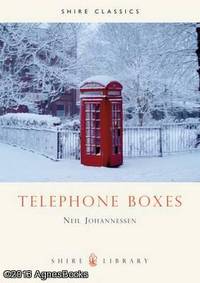 Originally based in Buckinghamshire, Shire Publications was founded in 1962 by John Rotheroe with the publication of Discovering East Suffolk (1962). The 24-page guide to the county — through a series of five motoring routes and a gazetteer of the main towns and villages — was initially given away to visitors via coach operators, local churches, and tourist information points. The book was so successful that when Rotheroe learned that many of the free copies were being resold, he decided to sell a second edition, setting the template for the future of Shire.

Shire continued to publish a variety of county guides under the Discovering series banner until branching out into other subjects with Discovering Brasses (1967). This paved the way for more new series to follow in the next few years, including Lifelines, a range of illustrated biographies; the famous Shire Albums, slightly longer texts providing information on architectural, collecting, domestic, industrial, rural, and social themes, illustrated with photographs, engravings, and drawings; and Shire Archaeology, which introduced the approach of packaging specialist information for students as well as general readers in the same text.

By the 1980s, Shire’s impressive list had become a real British institution. In addition to traditional bookshops, Shire books could be found in the shops of museums, country houses, and other visitor attractions.

In 2007, Shire was acquired by Oxford-based military history publisher Osprey and began operating from their offices in Oxford. Shortly after, the Shire list was relaunched, increasing the number of new books published each year, introducing fresh new cover and text designs, and reintroducing old Shire favorites that had been out of print.

In its short history, Shire has published over 1,000 titles and has gained a reputation for producing affordable non-fiction paperbacks that reflect the wide variety of interests and passions of ordinary people everywhere.