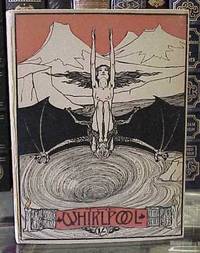 Aleister Crowley was a well-known and highly controversial figure in the first half of the 20th Century. A writer, occultist, magician, and mountaineer, Crowley impacted a diverse collection of sub-cultures and interests.

Crowley had many passions, and writing was certainly one of them. Among his most historically significant works were his large collection of Libri, documents relating to the practices and philosophies of Crowley’s religion, Thelema. Additionally, Crowley also authored many full-length books on the religion as well, such as Thelema: The Holy Books of Thelema. Crowley considered himself a new age prophet, and earned himself quite the following across the globe. His obsession for mysticism and magic made him a lightning rod for the press, but his books continued to sell quite well. Some of his other authored works included Magic Without Tears and Little Essays Towards Truth.

Crowley also became very political, although there is debate as to the sincerity with which he held his beliefs. While living in New York, Crowley began to publicly support Germany during World War One. In fact, he was hired as a writer for pro-German propagandist paper, The Fatherland, in 1915. However, he would later claim to be an agent for the British intelligence service, secretly working within the German propaganda machine.

Clearly, Crowley led a fascinating life, and his writing is just as interesting. Biblio has many sellers with stunning examples of his work, and many of them are even signed first editions, perfect for any collection.