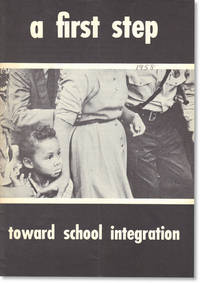 The Civil Rights Movement of the 1960s and '70s was an explosive time in American history, and it inspired explosive literature. Several genres of writing came together to form an undeniable literary movement that many argue was sparked by the Harlem Renaissance decades earlier.

Of course, some of the most famous and influential writers of the Civil Rights Movement include Martin Luther King, Jr. and Langston Hughes. Their works, such as Where Do We Go From Here: Chaos or Community by King and Fight For Freedom by Hughes are essential reading for anyone learning more about the Civil Rights Movement. But there are many other authors and poets who contributed to the cultural revolution as well.

Among these is Amiri Baraka, author of The System of Dante's Hell, a short novel on the struggles of racism and hatred in the American South as faced by a young black man. Baraka was a member of the Beat Generation, founding Totem Press, a publication that featured writers such as Jack Kerouac and Allen Ginsburg. Baraka was a highly controversial figure, but there is no denying the impact of his writing and his influence both during and after the Civil Rights Movement. Baraka even went on to win the PEN Open Book Award for his 2006 work Tales of the Out and Gone.

Finally, one of the most important pieces of literature of the Civil Rights Movement is The Autobiography Of Malcolm X by Malcolm X. Malcolm X's autobiography outlines his journeys with the political philosophies of Black Nationalism, Nation of Islam, and pan-Africanism. His work is one of the most celebrated and critiqued pieces of American writing, and the complicated legacy of Malcolm X is well preserved in his autobiography. For a deeper understanding of the pain and triumph of the Civil Rights Movement, The Autobiography of Malcolm X is an excellent book to read.