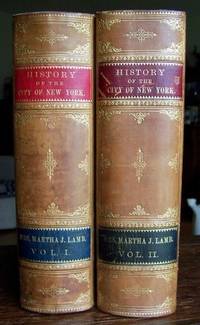 Alfred Smith Barnes learned the publishing trade while working for D. F. Robinson & Co., a publisher in Hartford, Connecticut. During this time, Barnes successfully published books aimed at the educational market including mathematic texts by Charles Davies and historical texts by Emma Willard, a joint venture between the three. In 1840, Barnes moved to Philadelphia, where he began building his own publishing company, which was finally established as A.S. Barnes & Co. in New York City in 1865.

A.S. Barnes & Co. was a family operation. Eventually, Barnes’ five sons, his brother and one nephew were connected to the firm, which became the leading publisher of textbooks in the United States. The founder’s son, Alfred C. Barnes, took over the business after the death of his father in 1888. In this time, Ripley Hitchcock became editor-in-chief, bringing with him a new regime, which published educational books edited by Margaret Sanger as well as her Woman’s Home Library series in addition to the 17-volume Trail Makers series and New Barnes Writing Books.

In 1909, the company incorporated in order to provide fresh working capital, needed after acquiring another publishing firm. In 1917, a merger with Prang Co. was attempted, but abandoned after a few months. The company split up, with John Barnes Pratt acquiring the rights to the company name and much of the back catalog.