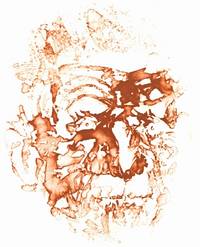 When John Calder began publishing under his own name in 1949, he focused on translated classics, such as the works of Anton Chekhov, Leo Tolstoy, Fyodor Dostoevsky, Johann Wolfgang von Goethe, and Emile Zola. But within a few years, Calder began publishing a group of new writers who would change the face of twentieth-century literature. This group included Samuel Beckett, all of whose novels, poetry, and criticisms — along with some of his plays — were published by Calder. In 1960, Marion Lobbenberg (later married to Arthur Boyars) invested in the company and joined Calder as a partner in the firm, which was renamed Calder & Boyars. Around this time, the titles published began to include controversial works such as Henry Miller’s Tropic of Cancer and William S. Burroughs’s Dead Fingers Talk. (Calder was the first publisher to make William S. Burroughs available in the United Kingdom.) Controversy also surrounded the publication of Alexander Trocchi’s Cain’s Book, which was a success despite of a minor obscenity trial. However, the publication of Hubert Selby’s Last Exit to Brooklyn resulted in more severe charges of obscenity by the British government. Initially losing the case, Calder & Boyars finally won the appeal two years later.

Marion Boyars, who provided a good deal of the funding for the firm, had become frustrated with the professional relationship between her and Calder. When the firm split in 1975, Calder revived the name of his former company John Calder Publishers while his partner went on to establish Marion Boyars Publishers.

Calder’s authors have achieved nineteen Nobel Literature Prizes and three for Nobel Peace Prizes. The publisher is responsible for producing over 4,000 titles of fiction, poetry, theatre, and philosophy. His autobiography, Pursuit: the Uncensored Memoirs of John Calder (2001), gives not only a record of over half a century of publishing and literary activity but also a portrait of a life that entered politics and influenced all areas of the arts. In 2006, a documentary was produced to commemorate his life, titled John Calder: A Life in Publishing.