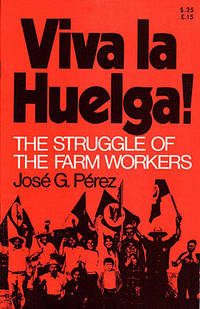 Pathfinder Press was established in New York City in 1969 as a successor to Pioneer Publishers and Merit Publishers, and has been associated with the Socialist Workers Party (SWP). As the publishing arm of the SWP, Pathfinder and its predecessors have been publishers of works of Marxist theory and of socialist political analysis and commentary. They have also been the principal English-language publishers of writings of Leon Trotsky as well as documentary works on the history of the early years of the Communist International and on the histories of the Fourth International and the SWP. Authors published by Pathfinder range from the works of James P. Cannon and other SWP leaders to the writings of such international figures as Malcolm X, Fidel Castro, Ernesto “Che” Guevara, the Sandinista leaders, Maurice Bishop, Thomas Sankara, and Nelson Mandela.

First editions from Pathfinder Press have either the words “First Edition (year)” or “First Published (year)” on the copyright page with no additional printings listed.